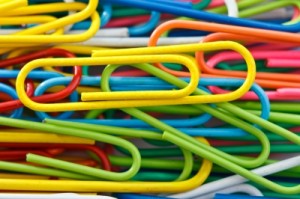 Part 6 of The Six Truths of Executive Coaching

Coaching is cheap! Cheap from the perspective of return on investment (ROI). In fact, in the words of the world’s preeminent executive coach, Dr. Marshall Goldsmith, coaching is the “cost of paper clips!”

(I had the privilege of talking with Marshall on the cost and value of executive coaching in a recent Leadership Leverage radio program, which you can listen to here).

But before I show you how to easily calculate your ROI from executive coaching, let’s take a look at what happens in most organizations today.

Measuring the Impact of Executive Coaching

The sad truth is this: Most coaches and human resources practitioners worry more about the real impact of coaching than their own organizational leaders do! In fact, most organizations don’t even formally measure it — and get this: most leaders couldn’t care less about the ROI (or any other metrics, for that matter) of executive coaching.

Because the leader only cares if he or she was personally satisfied with the process. And guess what? If the leader was satisfied, so was the coach. And this “mutual satisfaction society” is no way to measure ROI or organizational impact.

As I wrote about in the last article, Executive Coaching Involves More than the Leader and the Coach, “to achieve the most impact from an executive coaching engagement, the leader being coached must involve his or her key stakeholders… they are actually the ones who determine its success.”

Unfortunately, too many organizations continue to demand less, not more, from the coaching process — and default to purely subjective measurements of satisfaction to justify the expense.

How to Capture the Impact of Executive Coaching on Key Stakeholders

One simple and practical way to capture the impact of executive coaching is to conduct a Focus 360 with the leader’s key stakeholders either during the coaching engagement or at its conclusion.

The Focus 360 is similar to the original 360 Performance Appraisal conducted at the inception of coaching to form a baseline measurement. The difference is that the Focus 360 zeroes in only on the one or two specific developmental areas the leader has chosen to focus on. This assessment is much less demanding on the stakeholder’s time (it can usually be completed in 10 minutes), and results can be aggregated for a good view of the leader’s overall progress.

The benefits of this approach are many, but the most obvious is the ongoing involvement of the key stakeholders in the coaching process.

For a copy of the Focus-360 we use at rd&partners send us a request by using our contact page.

Looking at the ROI of Executive Coaching

Calculating Return on Investment (ROI) remains an elusive goal for many, but it doesn’t have to be.

Most organizations do not measure coaching’s ROI because they either don’t know how, or they may think it’s so difficult to measure they simply don’t do it!

To this point, we recognize that ROI methodologies tend to be very subjective, as the leader offers his or her estimate of coaching’s impact on business or strategic metrics. Such estimates do not absolutely measure actual business impact, but the truth is that all ROI calculations involve many factors that are estimates.

Acknowledging this issue, following the practical method we use at rd&partners to calculate your ROI from executive coaching will help you go well beyond most basic metrics. We believe our simple method of calculating the ROI eliminates any perceived complexity.

From the 360-Degree Performance Appraisal Process, the leader identifies improved decision-making as a developmental area, feeling that making faster decisions will contribute to revenue growth, a key strategic initiative for the fiscal year.

The leader predicts that the impact of improving this skill could help achieve — or exceed — revenue growth of 7% in the region by the fourth quarter. The key stakeholders, on average, feel a 12% target would be more desirable. The leader negotiates with key stakeholders a 10% revenue target by fiscal year end.

At the conclusion of a six-month coaching engagement, the leader’s region achieves 12.5% revenue growth on a base of $10 million — an increase of nearly $1.25 million. The leader and the key stakeholders agreed that the executive coaching process contributed 20% (on average) to this result (the remaining 80% attributed to internal process improvements and market conditions).

Next, the confidence level is determined. The leader and key stakeholders are asked for their level of confidence that 20% of the business result is due to the executive coaching effort.

The collective response is 80%. So taking this confidence level of 80% and applying it to the original contribution estimate of 20%, the “adjusted” contribution executive coaching made to the business result is 16% (80% of 20%).

Calculating the ROI of Executive Coaching:

Impressive ROIs of this magnitude are not unusual when metrics focus on revenue or other financial indicators. In fact, research finds reported ROI’s to be above 500%. (For further information on the ROI of executive coaching see the International Coach Federation or The ROI Institute websites).

Although measuring the impact of executive coaching will always be somewhat subjective, there is still reason to embrace the words of the world’s preeminent executive coach, Dr. Marshall Goldsmith, when he says that coaching is the “cost of paper clips!”

In the final article of the series…

In this leadership moments video, I will be addressing the dilemma that many CEO’s, managers or other leaders face from time to time: terminating an employee. END_OF_DOCUMENT_TOKEN_TO_BE_REPLACED