Neither the person being coached nor the coach determines improvement.

Rather the degree of improvement is determined by the stakeholders/raters of the Leader over the course of the engagement. 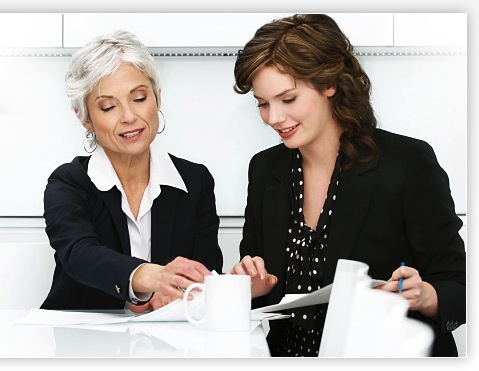 At the end of the day, a true definitive leader and the organization that has hired them wants to see continued improvement in both their leadership and results within the organization.

When you can tie direct business results and objectives to focused, stakeholder driven changes in behavior, a virtuous loop is created whereby the organization and the individual all drive towards the same goal – and get there faster.

While you may never have heard of Stakeholder Centered Executive Coaching, the methodologies and processes behind this style of behavioral modification elicit lasting change because of its tight focus.

By highlighting singular aspects of a leader’s behavior that will garner the most significant impact on the organization – while at the same time directly involving stakeholders – a cohesive and feedback-driven criteria ensures change is outlined, measured and actuated.

What is Stakeholder Centered Coaching?

Stakeholder Centered Coaching (SCC), developed by Marshall Goldsmith, is a practice based upon achieving positive, lasting change in behavior: for the leader, their people and their teams.

As the business world becomes more complex with changing technology and global endeavors, the role of a leader is also growing in complexity making it more difficult to efficiently and effectively dedicate time to developing oneself.

SCC is a practical methodology that is neither time consuming nor difficult to understand.

In its simplest form, SCC is about an understanding that we are all successful largely because of inherent traits and also in spite of those same aspects of how we behave.

A recurring theme often involves being successful because of certain beliefs AND in spite of those same beliefs.

Consider, for a moment, one of the most pervasive natural beliefs of successful people – the statement: “I am successful”.

In other words, leaders that think this way have a high degree of self-confidence, which for the most part is a good thing, right?

For instance it gives you the courage to apply your ability and strengths.

But, at the same time, it may also cause you to have difficulty accepting the validity of feedback inconsistent with your self-image.

Here’s a great quote from a CEO of a Fortune 100 Company who has had many “ups and downs” on the admiration scale:

Equipped with this understanding, those that engage in SCC see dramatic results in developing themselves as leaders.

But, in order to succeed you will have to follow a disciplined practice.

While this practice is simple to understand, it can also be difficult to implement.

However, with that being said, the disciplined practice used in SCC will be of value to anyone whose goal is a positive, long-term improvement in his or her own leadership behavior.

What Are The Beliefs and Principles That Underline SCC?

The most successful approach to Stakeholder Centered Coaching involves modifying behaviors that take advantage of the positive aspects of successful people’s beliefs,

while at the same time overcoming negative aspects that can interfere with development.

Based upon this understanding and through the application of coaching skill, a developmental process is tailored for each individual to maximize the positive aspect of the beliefs and to overcome the negative aspects that can interfere with development.

How Does the Process Work?

SCC is not theory.

It is about action.

Success in this process does not have to take up a lot of time. In fact, using this methodology is very time efficient.

It involves the following steps:

Stakeholders will participate in a mini-survey midway and at the conclusion of the coaching engagement where they provide anonymous feedback on the degree of improvement perceived.

The survey focuses only on the behavior the leader set out to improve.

Our experience suggests that the steps in this process must be rigorously practiced for at least 6 months before there is certainty that the change will be rooted in with enough rigor to become sustained.

The more powerful benefit for the leader is that soon, the process itself becomes a habit.

Truly successful people are committed to getting better every year, and the greatest gift for a self-actualized leader is when this process becomes an ongoing discipline.

How Is This Method Different From Other Coaching Methodologies?

The fundamental principles of SCC – attention on the stakeholders, emphasis on the future, and parallel behavior/perception change – are distinguishing features of this process.

The practical, and sometimes counter-intuitive, nature of involving the stakeholder allows the leader to turn these stakeholders into the true coaches, as they are the best “experts” in how the leader’s behavior can improve with them.

The coach’s role moves more into the background as orchestrator, cheerleader, and integrator.

Together this offers a transparent process that highlights the leader’s personal interest in development.

In fact, these two elements are critical in lasting behavior change that is recognized by the individual, their team, and the organization. 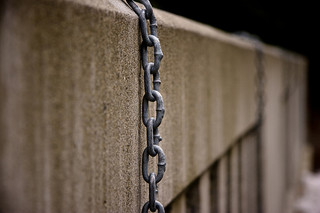 Additionally, most coaching and leadership development engagements focus on a process of feedback as the key to improving.

However, while feedback is indeed an important part of the process, we emphasize FeedForward – a very simple process focusing on suggestions for the future.

In fact, a key aspect of improving as a leader is to change the perception of stakeholders regarding a certain behavior.

The problem lies in the fact that most people do not readily give up their prior assumptions, opinions, and beliefs.

Long lasting behavior change occurs when a leader undergoes improvement in a specified behavior and those around that leader both recognize and support that change – thus Stakeholder Centered Coaching!

The SCC method provides the structure and guidance required to allow the leader to realize lasting change that will have a significant impact on the organization, often resulting in stakeholders and others modeling the process in their daily encounters.

At the end of the day, a true definitive leader and the organization that has hired them, wants to see continued improvement in both their leadership and results within the organization.

When you can tie direct business results and objectives to focused, stakeholder driven changes in behavior, a virtuous loop is created whereby the organization and individuals all drive towards the same goal – and get there faster.

This is what SCC is all about.

In this leadership moments video, I will be addressing the dilemma that many CEO’s, managers or other leaders face from time to time: terminating an employee. END_OF_DOCUMENT_TOKEN_TO_BE_REPLACED