See if the following statements describe your leadership style to some, or even a large degree: 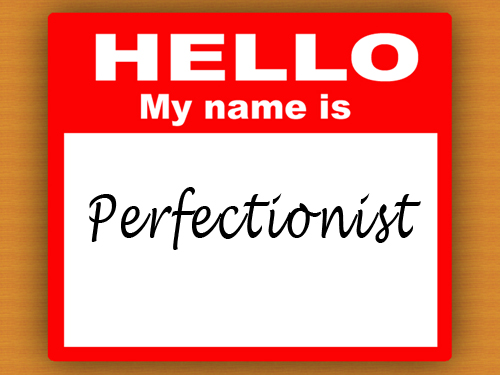 If most of these statements resonate, you may be a “Perfectionist” and as a leader you may want to reconsider that state of mind and leadership style.

Perfectionism Is A Two-Sided Coin

Now let me say up front that perfectionism is a two-sided coin.

One side, which I commonly refer to as the “Achievement Side”, is expressed as needing to perform in an excellent manner whereby striving for results provides a great level of satisfaction and a sense of pride and accomplishment.

In other words, leaders who live on the Achievement Side of Perfectionism more often than not set goals that take into account both the strengths and the limitations of their team.

This simple behavior increases the likelihood of achieving their goals.

When facing a challenge, these same leaders focus on the Team’s strengths and on how to make things happen.

The other side of the coin I typically refer to as the “Avoiding Failure Side”.

This is where the leader more often than not believes that if work outcomes are anything less than perfect they are unacceptable.

In other words, they are unable to feel satisfaction because in their own eyes they and their direct reports (and peers) never seem to do things well enough to warrant that feeling of satisfaction.

Leaders who live on the Avoiding Failure Side of perfectionism are so prevention oriented, due to their excessive level of “fear to fail”, that they often demand a higher level of performance than is humanly possible for their team.

Tragically, this diminishes rather than enhances their chances of success.

Because while their high standards lead to increased effort, their fear of not measuring up to these expectations distracts them from their goals.

Leaders who struggle here are often “out of balance.”  That is, they behave more in ways that indicate their fear to fail versus behaving in ways that foster achievement and this often has significant consequences for them, their reports, and their organization.

Consequences For the Leader, Their Reports and the Organization

Clearly, this can have serious consequences both for the leaders themselves, those that work for them, and the firms that employ them.

On the leader side, Robert Hurley & James Ryman of Fordham University surveyed 300 leaders in 50 different organizations across 10 different countries revealing that 30 to 35% of all leaders succeed as managers but stumble when they find themselves in higher-level positions that require leadership and they instead respond with management.

For this sizable group of under-performing executives, the underlying root cause was found to be compulsive micromanagement caused by perfectionist tendencies.

Those reporting to perfectionists are often made to feel that their work is never quite good enough.

This lack of recognition combined with reporting to a boss whose intensity for control and a less than open relationship style makes rich dialogue a rare artifact.

As a direct report you never really know where you stand along the performance continuum and as a result, never really feel secure and confident to perform at your best.

In short, working for an Avoiding Failure leader is a very bumpy and unpleasant ride.

Consequences For the Organization

As you may have guessed, the negative consequences for an organization are many.

For example, many of these leaders are “change resistors.”

This is because they often have rigid and inflexible mind-sets and having to cope with ever-changing markets or the requirements for internal processes change, causes them to dig-in and resist.

This is often manifested in their missing target dates as they procrastinate due to their fear of failure in their pursuit of perfection.

In addition to what has been already noted, these leaders cause organizations to have: 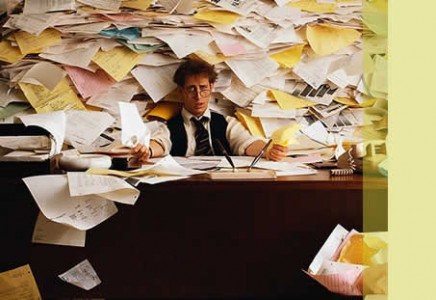 What Do You Do If You Are An “Avoid Failure” Leader?

If you identify with some of these points and want to start down the road to changing these behaviors, Monica Ramirez Basco in her book entitled “Never Good Enough” offers two powerful tips on how to do so.

Tip # 1: Be Aware of Oversimplification

Perfectionist leaders frequently have tunnel vision.  They oversimplify things as inaccurately belonging to only one of two simple categories. That is, events are either right or wrong, good or bad, perfect or not.

For example, if you view all the emails you have to review as one big mess, you oversimplify by saying, “I can’t get to all of these” or “I can’t stand to look at my inbox”, or you get overwhelmed, close out of your email and start surfing the web.

Well you simply cannot get started because you just can’t imagine getting it all done.

In contrast those who do not oversimplify can see each individual task for what it is.

They allow themselves to recognize the importance and power of making a list of smaller steps or parts. When you do this and are able to look at one action at a time (such as sorting emails by some type of priority filter such as by date or by importance based on organizational level/title, or customer importance), you start to see things differently.

Tip # 2: Embrace Shades of Gray Along a Continuum

In order to move yourself from a two category way of looking at things to a broader view with various shades of gray along a continuum, begin by picking an area of performance that is bothering you and that you might be viewing in an oversimplified way.

Look for hints here in the language you use such as “never”, “every time”, “totally”, “always” and “everyone”. This is usually a good sign of oversimplifying.

Using the situation above, let’s say that the area of performance is dealing with the emails you have in your inbox.

To embrace shades of gray along a continuum, begin by defining the ends of the continuum as shown below where 100 % success is at one end of the scale and 0 % success (or what is total failure!) is at the other end.  Between are varying shades of perfection.

Now that you have defined the ends of the continuum the next step is to define the midpoint or halfway point. That is, how would you know if you were 50% successful? See Example B below:

(Note:  The definition of what is halfway to success is something you control. It is what is acceptable to you for now. It may not be what you prefer, but it is OK for now. It is somewhere below your preferred level of performance.)

As you can see, the goal here is to move from an oversimplified two-category system of looking at things to a more continuous system where you can view things in shades of gray. In doing so, you can lead in a way where success can no longer be defined as absolute perfection. Instead, your leadership performance is somewhere on a continuum.

A continuum of effective balanced leadership!

Throughout our experience coaching leaders of various organizations, rd&partners has frequently run across this scenario and by utilizing this process we’ve been able to help leaders modify their approach in ways that enable them to embrace more of the positive behaviors on the Achievement Side and exhibit less of those behaviors associated on the Failure Side of Perfectionism.

For these leaders, they have come to recognize that under the guise of being a “perfect” leader, their Perfectionism has been “out of balance” and that paying attention to this balance allows them to grow in ways that benefit themselves, their direct reports and the organizations they serve.

In this leadership moments video, I will be addressing the dilemma that many CEO’s, managers or other leaders face from time to time: terminating an employee. END_OF_DOCUMENT_TOKEN_TO_BE_REPLACED