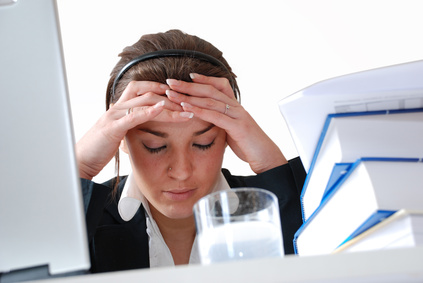 Recently we were asked to engage with a CEO of a global company who was having a very difficult time coming to a decisive action on one of his direct reporting employees whose performance and track record were very poor.

We were told that he has been wrestling with this issue for close to 6 months and has not been able to take the necessary action – action that would apparently terminate the relationship between this report and the organization.

Now, one would think that at this executive level a decision like this would be old hat. After all, you don’t get to be a CEO of a global organization if you can’t make timely decisions. Yet this type of paralysis is more common than not, whether you’re a CEO or a first-line manager.

So why is this?  Why do bright, assertive, results-oriented leaders often get paralyzed when required to deal with the poor performance of a direct report?

The answer to this leadership paralysis is this: It’s because of their anger and guilt.

Here’s what I mean.

Often in situations like this, the leader is angry that the report is not performing.

After all, the leader either selected them or has taken action to support them, but now the report has failed. And this failure is like a breach of a contract that usually leaves one of the parties very, very angry.

If anger is not enough to paralyze the leader, anger’s twin brother, guilt, delivers the second punch in a powerful combination

You see, deep down in a leader’s heart he knows whether he has effectively communicated to his reports about their below-standard performance.  And if he hasn’t achieved effective communication, he’s going to feel guilty about his reports’ resulting failures.  The leader may in fact feel so guilty and so angry that he simply cannot move forward.  He is paralyzed.

Breaking Through the Paralysis of Guilt

To break themselves of this paralysis a leader must to do one thing: Acknowledge his anger and guilt.

To do this he may need help. That is where the experience and expertise of an executive coach or other trusted advisor is of value.

Having said that, once a leader does acknowledge his anger and guilt, he can then break the state of paralysis and move forward in a decisive way that is both respectful and proper, and ultimately beneficial for both parties.

Terminating poor performing employees is not pleasant and no one likes doing it, but as a leader you will sometimes find it is necessary.

Here are some important tips to guide you through the process:

Here is an example of such a script offered by Larry Bossidy, retired CEO of the former Allied Signal Company, taken in part from his book entitled, Execution.

At the end of the day, the effects of poor employee performance will stifle your company’s growth.

Remember, however, that these shortcomings are just as much your fault as it is the employee’s, so take that into consideration before, during and after you take decisive action to correct each instance of poor employee performance.

In this leadership moments video, I will be addressing the dilemma that many CEO’s, managers or other leaders face from time to time: terminating an employee. END_OF_DOCUMENT_TOKEN_TO_BE_REPLACED