Part 4 of How to Successfully Manage Your Remote Team

Goal: Keep you and your employees connected in a meaningful way. 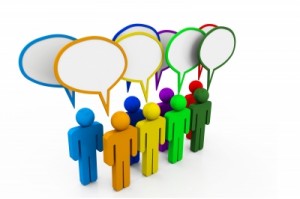 Lack of communication and the frequency of misinterpretation are perpetual sore subjects in most workplaces.

Add in distance and the challenges are only amplified.

Communicating well encompasses much more than the tools you use. It’s about how often you use them, what you say, and how you say it.

Here’s how to be deliberate in communicating with the troops.

Decide what five or so communications guidelines are most important for your type of work, drive those home, and let the little stuff go. For example, most managers want to hear about a sensitive or complex issue over the phone, instead of email, to avoid misunderstandings.

Doc Parghi, Senior Vice President of Sales at software-testing firm App Labs, works in the company’s Philadelphia headquarters and has eight direct reports in Utah, India, and the United Kingdom. “In email, one of the things we’ve never tolerated is the one-line response,” he says. “Company guidelines dictate that in each email message, the subject line needs to specify the topic, and the primary recipients need to be addressed in the greeting, so that people who are CC’ed know that they do not need to take any action.”

It may feel unnatural or overly prescribed, but meeting agendas and weekly update emails can save you lots of grief when it comes to communicating with remote teams.

Slye of Autodesk says that when one employee admitted she found their weekly one-on-one phone meetings confusing, the two created a structure to help their conversations stay on topic. They now spend a half hour on tactical items, like roles and responsibilities, deadlines, or problems with a current marketing effort. “Then we close our laptops and go into brainstorming mode,” Slye says.

“In an office environment, you see someone’s face switching from something general to specific. There are cues we take from body language. That’s not the case when all you have is a voice.” Slye and her employee now divide their communication that way, including email and face-to-face meetings.

When people work from afar, the greatest risk you run is that they won’t reach out to you enough, leaving you out of the loop. As the remote team’s manager, you need to encourage them to communicate in the way that’s most effective and comfortable for them. For example, if you want details from an employee who’s a slow typist, call him. By contrast, you may use email more often with a shy employee who would rather type than talk.

Workplace consultant Ben Dattner will tell you that most dispersed teams are not involved in the kind of work that requires constant collaboration. Creative teams that spend the day brainstorming and building on each other’s ideas, for example, typically still work inside the same four walls.

Understand what kind of tasks can be done remotely, and what is still best accomplished by a localized team. For example, ideas can be generated on a chat room or other collaboration tool, but refining or improving upon them may require the kind of give and take that only happens in a live meeting.

“Remote employees are very conscious of managing your perception of them,” Slye says. “They don’t bring a problem to you until it has really escalated, because they don’t want to burden you or take up your time. Without clues like a heavy sigh or a frustrated look on someone’s face, it’s hard to know when workers need support. You have to be disciplined as a manager to get out of the email thread,” Slye says. “You have to pick up the phone.”

When she checks in with employees each week, Slye stays away from vague questions, like “How’s it going?” and simply assumes that there are always some problems. “I ask, ‘What kind of challenges are you having?’” she says. “Nine times out of 10 that’s going to kick up something.” Rather than try to resolve the issue herself, she keeps employees focused on their own capacity to solve problems, asking, “What would you like to see happen in a perfect world? Are any of those things achievable? How could you achieve them? What could you do today?”

Communicating effectively with your remote team requires constant vigilance, but it pays off in creating a broader “sense of We” – the topic of Part 5 of How to Successfully Manage Your Remote Team.

Adapted from an article by Kelly Pate Dwyer
Published on BNET.com 9/24/2007

In this leadership moments video, I will be addressing the dilemma that many CEO’s, managers or other leaders face from time to time: terminating an employee. END_OF_DOCUMENT_TOKEN_TO_BE_REPLACED