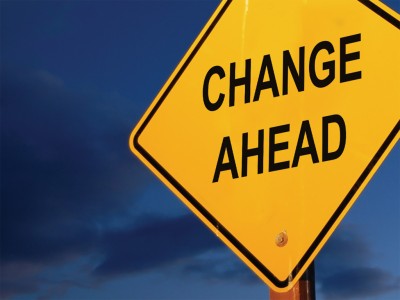 We all know that change can be hard, right?

We’ve heard it said and probably said it ourselves many, many times.

Still, when we’re actually in the midst of making a conscious change in behavior, we sometimes fail to recognize that it isn’t just intellectually difficult to change—it also feels bad at times.

Let’s say that you’ve decided you need to delegate more at work.

Maybe you received a performance evaluation or 360 feedback that told you that.

Maybe your boss suggested it to you.

Maybe you’ve just realized that a big part of the reason that you are putting in so much time at work but still not getting all of your most important projects done on time is that you do too much of the work that other people can do.

You need to stop spending your time doing work that others should/could be doing or, as one of my clients put it recently, you need to stop letting people “hijack your time.”

So you start delegating more work.

You figure out that the capable people on your staff or among your peers can handle some of what you used to do. You ask them to take it on, and they agree!

You decided to change your behavior, you changed it, and it worked.

If that’s the case, how come something so good can start to feel so bad?

In your head, you know you’re doing the right thing by delegating more work.

But it feels uncomfortable.

What if the other people don’t do a job that’s up to your standards?

What if people start questioning your value when some of the important day-to-day stuff no longer has your stamp on it?

What if the very things that made you successful to this point are the things you are delegating away?

Embrace The Discomfort In Order To Change Your Behavior

This is when you need to recognize that the discomfort you’re feeling is a necessary part of changing your behavior.

Consider this: If you decide to start a new exercise program, there’s a part of you that feels great. You’re doing it!

But—the next day your muscles are sore in new places. Does that soreness make you discontinue the new exercise program?

Not at all. You recognize that these new aches and pains are part of the process, and if you stick with it, they will go away over time.

It’s the same with behavioral changes at work.

When you make a change, expect to feel a little pain.

That’s a sign that you are taking on something new.

Over time, just with physical exercise, the soreness will go away.

The new behavior will come to feel as natural as your new exercise regimen, and you’ll like the benefits you gain from the positive and more beneficial change in behavior.

So, the next time you experience some of the discomfort of change, remember—it’s all part of the process.

In this leadership moments video, I will be addressing the dilemma that many CEO’s, managers or other leaders face from time to time: terminating an employee. END_OF_DOCUMENT_TOKEN_TO_BE_REPLACED