Part 3 of The Six Truths of Executive Coaching 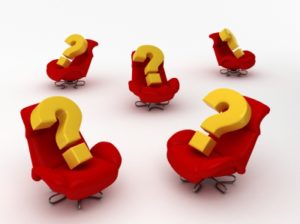 We here at rd&partners are surprised at the number of leaders unsure about who, exactly, are the best candidates in their organization for executive coaching!

Why the confusion, you ask?  Well it may be because when executives research this question, they simply don’t get much in the way of guidance.  For example, a Google search of “who gets executive coaching” doesn’t even show up on the first page of results.

And even such well-known and respected research studies as the 2008 and 2011 Sherpa Executive Coaching Surveys address the issue this way:

“Half the organizations who use coaching allow managers at every level to participate, while an equal number limits coaching to senior managers and executives.”

How’s that for helpful?

At best, even those who write strictly for the executive coaching industry simply produce rank order charts like this one, derived from their own short surveys:

It’s actually pretty simple.  Analyzing Just three factors can guide you to a logical decision about the best candidates for executive coaching in your organization.

3 Factors to Help You Decide Who Gets Executive Coaching

1.    The candidate’s current position and growth potential for the next 24-36 months

If the candidate is currently occupying a leadership role, and you can predict with some certainty that this role will grow in scope and scale…. executive coaching  may be right be for them.

2.    The candidate’s current performance and potential

If the candidate is performing “above the standard” and/or has the potential to continue contributing as a highly valued associate — or the potential to move up quickly (see #1) …executive coaching may right be for them!

3:*   The candidate’s level of motivation and commitment to professional development through coaching

If the candidate is motivated, willing to embrace change and commit to the process…executive coaching may be right for them.

In short, never, ever provide Executive Coaching to those associates with performance problems. It’s a horrible investment. Why?  ‘Cause you never want to spend money on non-performing assets!  AND if you do…it gets worse!  It gets worse because by offering Executive Coaching to both high achievers and non-performers (C & D Players) it appears as if you’re actually rewarding bad behavior, creating a negative vibe within the organization. (This as a very foolish thing to do).  And when that happens, things get very confusing very fast!

And we don’t want you to look foolish!

In this leadership moments video, I will be addressing the dilemma that many CEO’s, managers or other leaders face from time to time: terminating an employee. END_OF_DOCUMENT_TOKEN_TO_BE_REPLACED